you & i are earth 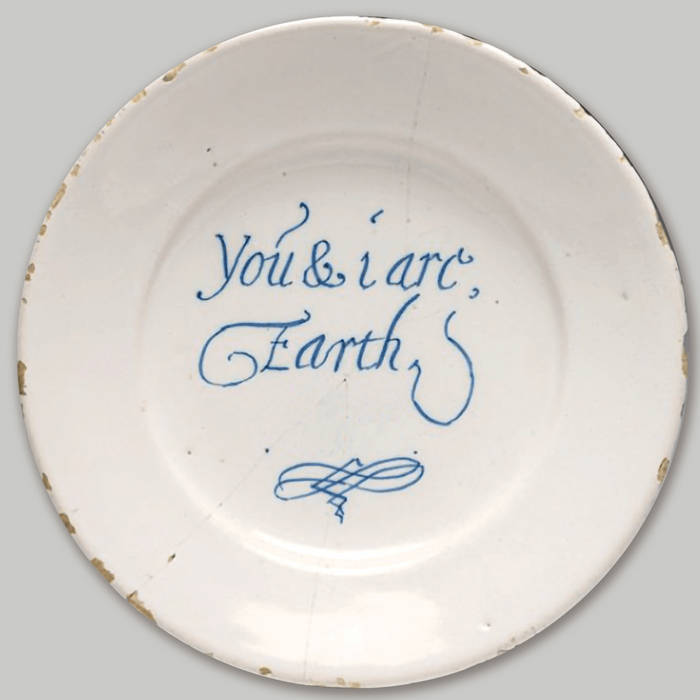 bloodmaw I see the tones and they are glowing.

Official video for "the dirt" can be viewed here: youtu.be/ut-Y7S48m2w

'you & i are earth' begins with the sound of a woman talking. She recalls memories of being a young girl during the London Blitz fire bombings of World War II. She speaks calmly at first, with memories of the event slowly creeping up on her. These impressions soon become illustrated through Rossetto's own collage of mechanized cacophony. Eventually, they develop into her signature Feldman-esque flowing-out of strings.

The woman’s voice belongs to none other than Rossetto’s mother, and was recorded by Rossetto herself. Through this assemblage of recorded and created sources, we span two forms of devastation: the human, conjured in the specter of the recorded voice, and the inhuman, the natural and inorganic matter whose alienation provides a Hitchcock-worthy horror soundtrack.

Vanessa Rossetto is an American composer, improviser and painter based in New York City. She primarily uses field recordings, chamber instrumentation, electronics and a wide array of objects to create structures that expose the web of narrative threads underlying the everyday sound world around us. Rossetto has released material via Erstwhile, Kye, Unfathomless, Another Timbre, No Rent and other labels including her own Music Appreciation, and has been featured in publications such as The Wire, Tiny Mix Tapes, SPIN, Signal to Noise and No Depression.

designed by matthew revert
dedicated to him and to me

Tone Glow Records is a small batch record label focused on highlighting new experimental music from around the world.

Bandcamp Daily  your guide to the world of Bandcamp

Cannibal Corpse's George "Corpsegrinder" Fisher stops by for an interview